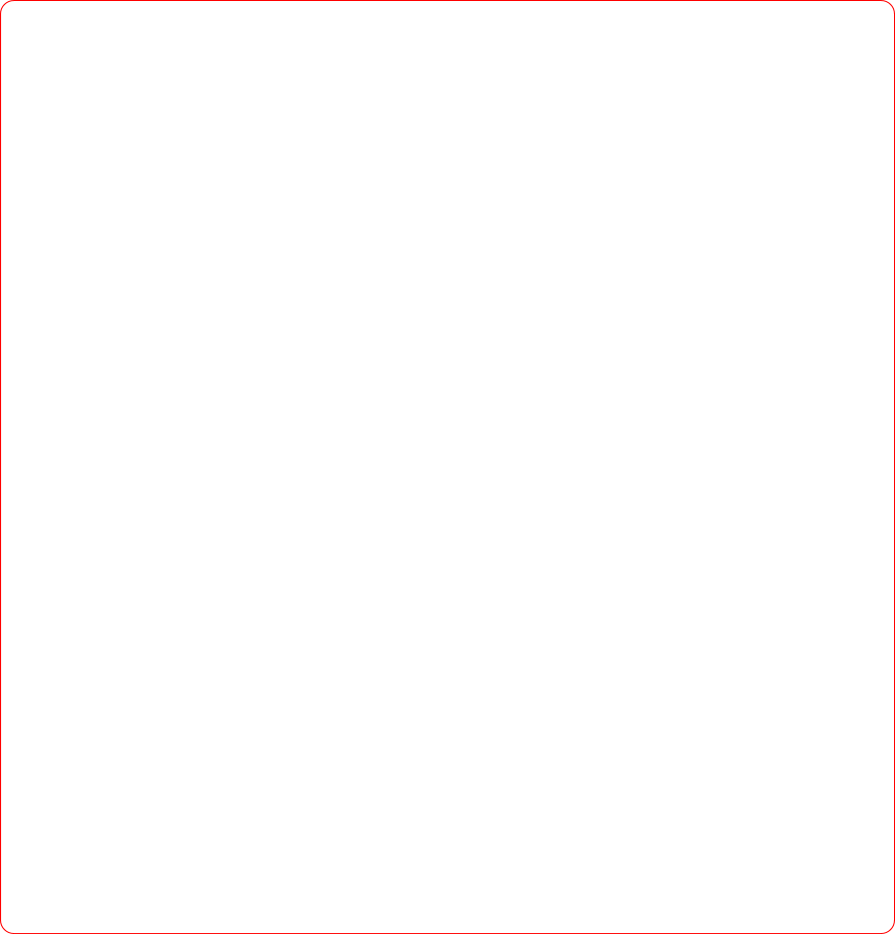 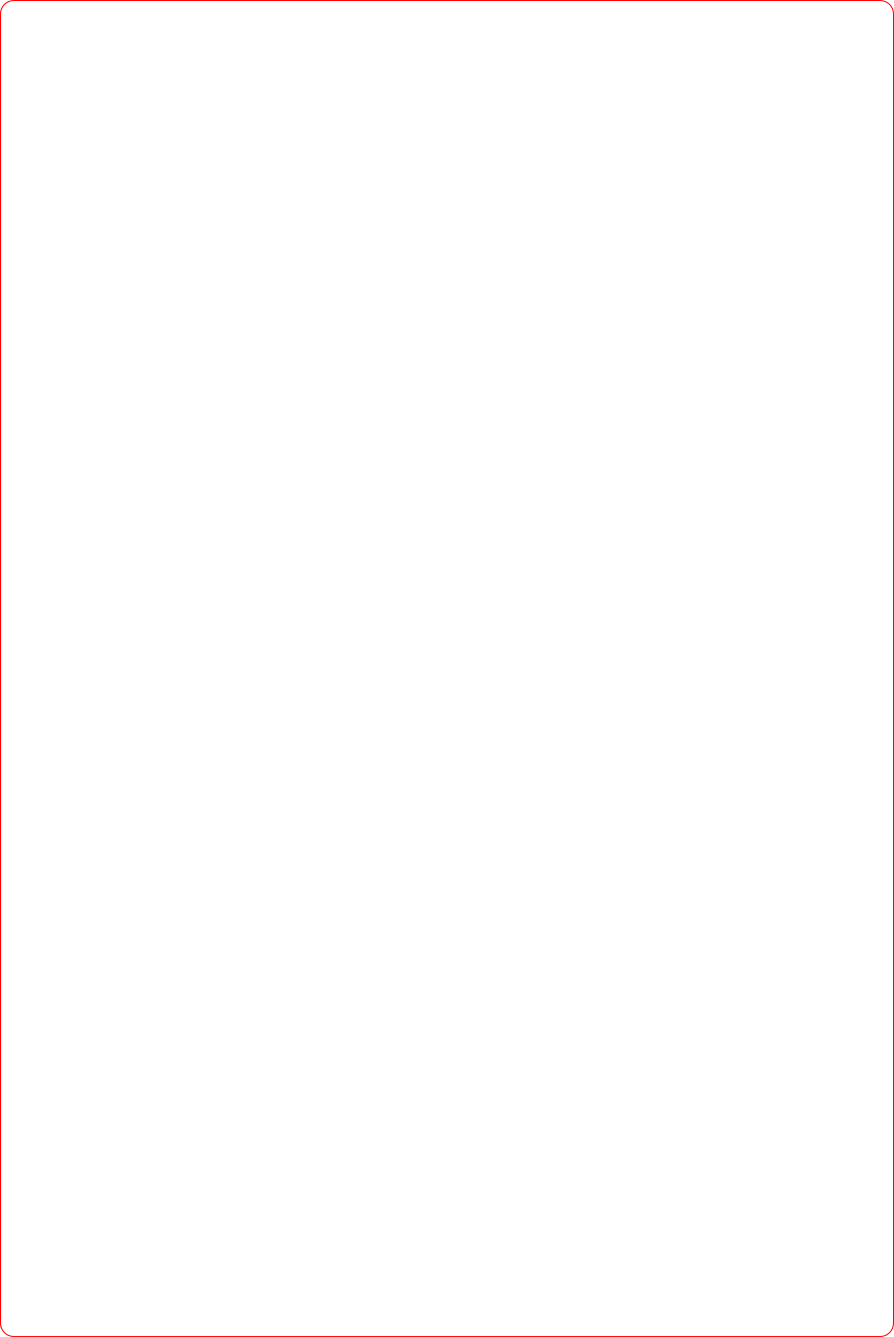 ON reaching the age of 18 in 1954 I was then in line for being called up to do my National Service. Believe it or not but I was actually looking forward to this experience because I hoped that my two years in the services would see me achieve some of my youthful ambitions . . . such as learning to drive, flying in an aeroplane and getting to travel overseas. Because I was serving a printing apprenticeship at the Essex Chronicle I could have deferred my call up until after I had completed my apprenticeship but I was keen to get on with it and eventually joined the RASC (Royal Army Service Corps) in January of 1955. After around six weeks of basic training in Aldershot in what turned out to a very cold winter I was then selected to go on a three-week driving course at nearby Farnborough (this realising one of my ambitions). This was an intensive course with the training being done by civilian instructors in three-ton lorries. Each day four or five of us squaddies were assigned to one lorry and one instructor and we took it in turns to drive these, what were to us, great beasts. With one guy in the cab with the instructor and the rest of us sitting in the back we had a great time learning to drive around the areas of Slough, Staines and Farnborough with sometimes some quite hilarious consequences. On the Tuesday of the third and last week of the course I took my test in Staines but I unfortunately failed because I put the back wheels up on the pavement going round one corner and then I overshot a turning that the examiner had asked me to take. However, on the Thursday of the same week I retook the test in Slough and this time obtained my licence and became Driver Colin Moth.

WHILST on the driving course some of my mates and myself volunteered (something they say you should never do) for an Air Despatch course. This course meant training to drop supplies from aircraft to troops on the ground in remote areas and I thought that this would help me achieve another ambition . . . flying! All of us "volunteers" were accepted and after a period of leave we had to report back to a place called Shrivenham in Wiltshire and the camp we were posted to was in a village called Watchfield just outside Shrivenham. This again was a three-week course and after the first few days of intensive physical training it turned out to be very interesting and exciting. We learnt how to pack parachutes which were attached to the various types of supplies that were going to be dropped. Then it was up in the air for the first time in my life . . . the aircraft used were four-engined Hastings and twin-engined Valettas flying out of RAF Lyneham and RAF Abingdon. The aircraft bodies were stripped out with no real seating and big bundles and boxes with parachutes attached represented the supplies. The aircraft side door had been removed and a large tilting board was wedged in the doorway with around two feet sticking out into thin air! What we were being trained to do was to stack the boxes, etc, onto the board and tie them together with breaking strain string and then, when the pilot reached the dropping zone (indicated by lights over the door . . . green for go!) tilt the board and slide all the boxes out. The parachutes on the boxes had their ripcords attached to the aircraft and they opened shortly after dispatch. This turned out to be quite hard work as we all also had parachutes on our backs and what with the plane moving around and having to lift the boxes onto the board which entailed actually leaning out of the aircraft this was really a quite hairy introduction to flying. The consequence of my first flight what with all the heaving around and getting very hot resulted in my doing some heaving of my own and if you didn't catch it in a bag you had to go back in the plane after it had landed and clean up. Fortunately I was only sick on that first trip and have never been airsick since in thousands of miles of flying. The three weeks of this course soon went with several hours of flying achieved and several moments of humour when some of the parachutes we had so diligently packed failed to open and some of the crates and boxes crashed straight to the dropping zone and smashed to pieces. As a result of being on this course my chances of getting posted overseas had increased and in due course several of us were told that we were being sent to Singapore in the Far East. I couldn't believe it . . . my main ambition was being realised . . . to travel overseas and all at the expense of the Government.

A SELECTION OF PHOTOS FROM MY ARMY DAYS

Brian Keith and Tony Headland on duty up country in Malaya.

Tich Elmes, myself, Brian Ince in the front at Watchfield.

AFTER nearly a month's home leave it was time to set off to the Far East and in the June of 1955 I made my way back to a transit camp at Borden and from there we were all taken to Southampton to board the HMT Dilwara which was a 12,000-ton troopship for a voyage that was to last around a month (see my Worldwide Holidays page). On arrival in Singapore I was posted, not as an air despatcher, but as a driver to a small army section based on an RAF airbase in Singapore. The name of the airbase was RAF Tengah and the army section was called 58 Ground Liaison Section and consisted of around 15 personnel including three officers. The role of the section was to travel up into Malaya (which at that time was still in an emergency situation with communist terrorists active in several areas) and to guide strike aircraft from the airbase on to predetermined targets. This guidance was carried out mainly at night by lighting flares on the flight path to the target. My role in all this was as staff car driver for the CO of the section and to help with the lighting of the flares. We made regular patrols up into Malaya from Singapore and there would normally be around four vehicles in our small convoy which consisted of the staff car, an armoured vehicle, a wireless truck and a 15cwt lorry to carry all the flares, rations, equipment, etc. We used to all be armed and my particular weapon was a sten gun that I kept down the side of the driver's seat along with two 28-round magazines under the seat cushion. I was ready for action in case we ever got ambushed whilst "up country" in Malaya. Fortunately this never happened and the spare pair of pants I kept in the glovebox were never used!!!!

Recognise anyone? Want to make contact? E-mail me at colin.moth@yahoo.com 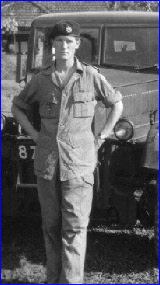 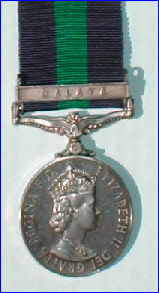 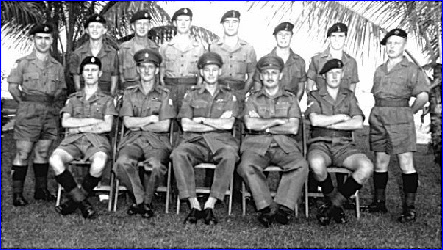 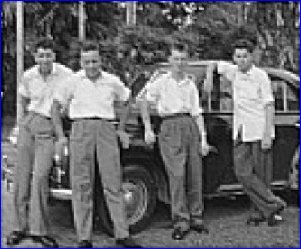 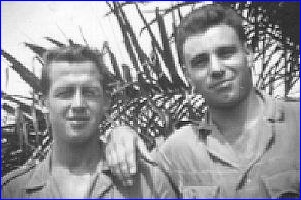 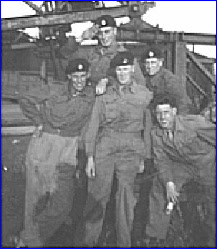 DURING the 17 months that I was based In Singapore I also got a couple of trips up in the aircraft which were being used in the air strikes. The aircraft used were Lincoln bombers (similar machines to the Lancaster) and were flown by the Royal Australian Air Fore who were stationed at RAF Tengah. My trip up was on one of their regular training exercises and I actually sat in the rear gunners turret which is at the very end of the aircraft between the twin tailplanes. I had some fantastic views as we flew up over the Malayan jungle surrounded by just the glass of the turret and with a great big machine gun in front of me! On another occasion I flew in a American B49 bomber which was visiting the base for another exercise and this time they were involved in a mock battle with Vampire jets which were being flown by the Royal New Zealand Air Force who were also stationed at RAF Tengah. All service personnel serving in Singapore and Malaya at that time were awarded the General Service Medal with Malaya Clasp and a picture of mine is top right. I came home from Singapore in December 1956 after a two-day flight and arrived back in Great Leighs on Christmas Eve. I made many friends whilst doing my National Service but unfortunately never remained in contact with anybody. I took several photographs during that time and a selection can be accessed via the photo tab at the bottom of this page. If anyone reading this recognises anyone and can name some of the names that I can't remember please send an E-mail to me at colin.moth@tesco.net. A few years back a face from my Singapore days turned up on my doorstep. It was Brian "Smudger" Smith and he came up from Surrey to find me after 36 years. We had a good chat and kept in touch but unfortunately he died in December 2002 after a 2-year illness.

After basic training, a lorry driving course and an Air Despatch course I was posted overseas

and served 17 months in Singapore and Malaya as member of 58 Ground Liaison Section based at RAF Tengah, Singapore